Showing posts from April, 2014
Show all

Flame of Sevenwaters (Book #6 of the Sevenwaters Series) by Juliet Marillier: A Book Review 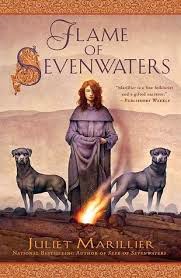 Flame of Sevenwaters (Book #6 of the Sevenwaters Series) Author: Juliet Marillier Genre: Historical Fiction, Fantasy Publisher: Roc Release Date: 2012 Pages: 448 Source: My State Public Library Synopsis: Bestselling author Juliet Marillier’s Sevenwaters series has been praised as a “magnificent saga” (Alernative Worlds) that is a “gripping tale of enduring love” (Publishers Weekly). Now, Marillier returns to Sevenwaters with the story of a young woman destined to unlock the secrets of the Otherworld…       Maeve, daughter of Lord Sean of Sevenwaters, was badly burned as a child and carries the legacy of that fire in her crippled hands. After ten years, she’s returning home, having grown into a courageous, forthright woman with a special gift for gentling difficult animals. But while her body’s scars have healed, her spirit remains fragile, fearing the shadows of her past.      Sevenwaters is in turmoil. The fey prince Mac Dara has become desperate to see his only son, marrie
2 comments
Read more

The Lost Sisterhood by Anne Fortier: A Book Review 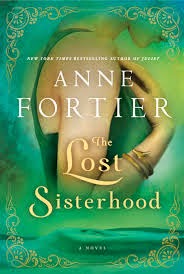 The Lost Sisterhood Author: Anne Fortier Genre: Historical Fiction, Mystery, Adventure, Thriller Publisher: Ballantine Books Release Date: 2014 Pages: 608 Source: Netgalley/Publisher in exchange for an honest review. Synopsis: From the author of the New York Times bestseller Juliet comes a mesmerizing novel about a young scholar who risks her reputation—and her life—on a thrilling journey to prove that the legendary warrior women known as the Amazons actually existed.      Oxford lecturer Diana Morgan is an expert on Greek mythology. Her obsession with the Amazons started in childhood when her eccentric grandmother claimed to be one herself—before vanishing without a trace. Diana’s colleagues shake their heads at her Amazon fixation. But then a mysterious, well-financed foundation makes Diana an offer she cannot refuse.      Traveling to North Africa, Diana teams up with Nick Barran, an enigmatic Middle Eastern guide, and begins deciphering an unusual inscription on the wal
4 comments
Read more 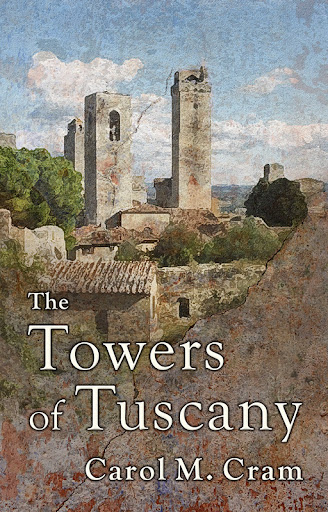 Historical Fiction Virtual Book Tours and author Carol M. Cram are excited to announce The Towers of Tuscany Book Blast! Join us from April 7-13 as The Towers of Tuscany is featured around the blogosphere, along with a chance to win one of three copies of this amazing new novel! Called " a beautifully crafted masterpiece of historical fiction ", "lush" , and "page-turning" Cram's debut novel will appeal to readers who enjoy a strong female lead who, against great odds, dares to follow a dream. The Towers of Tuscany includes a Reader's Guide making it a perfect Book Club pick! In honor of the Book Blast we are giving away three copies to three lucky readers, see below to enter.   Publication Date: January 23, 2014  New Arcadia Publishing  Formats: Paperback, Ebook   Genre: Historical Fiction   Set amid the twisting streets and sunlit piazzas of medieval Italy, the Towers of Tuscany tells the story of a woman who dares to follow her own pat
3 comments
Read more 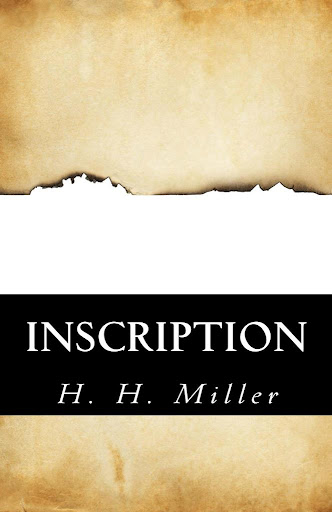 H.H. Miller's Book Blast for Inscription will be featured around the blogopshere from March 31-April 13 . Publication: January 9, 2014 H.H Miller Paperback; 278p ISBN-10: 0615944418 eBook; 700kb ASIN: B00HSBNW5Y The year is 1851 and the Grand Guard is ravaging Mainland. Arrests. Floggings. Swift executions. Twenty-year-old Caris McKay, the beautiful heiress of Oakside Manor, is sent to live with distant relations until the danger has passed. It's no refuge, however, as Lady Granville and her scheming son plot to get their hands on Caris's inheritance with treachery and deceit. Soon, alarming news arrives that the ruthless Captain James Maldoro has seized Oakside and imprisoned Caris's beloved uncle. And now he's after her. Caris escapes with the help of Tom Granville, the enigmatic silver-eyed heir of Thornbridge. But when a cryptic note about a hidden fortune launches them on a perilous journey across Mainland, Caris and Tom must rely on wits, coura
2 comments
Read more
More posts