Showing posts from May, 2014
Show all

Blog Tour: A Book Review of The Puritan Witch: The Redemption of Rebecca Eames by Peni Jo Renner 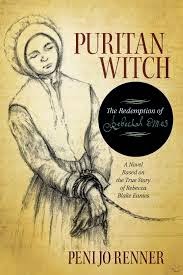 Puritan Witch: The Redemption of Rebecca Eames   Author: Peni Jo Renner eBook, Hardcover and Paperback, 224 pages iUniverse ISBN-10: 1491705930 Publication Date: September 17, 2013 Genre: Historical Fiction Source: This book was given to  me part of Historical Fiction Virtual Book Tour in exchange for an honest review Synopsis: “On a cold night in 1692, two young girls are caught up in the divining games of a slave woman-and then begin to act very strangely when the game goes wrong. Suddenly, Salem Village is turned upside down as everyone fears that witches may be involved. Six months later, as news of the girls’ strange behavior becomes known, fear and suspicion overwhelm a nearby farming community, pitting neighbors against neighbors and turning friends into enemies. When Rebecca Eames makes one careless utterance during a verbal attack on her family, she is falsely accused of witchcraft. After her fate is decided by three magistrates, Rebecca must endure a prison sentence d
3 comments
Read more

GI Brides: The Wartime Girls who Crossed the Atlantic for Love by Duncan Barrett & Nuala Calvi: A Book Review 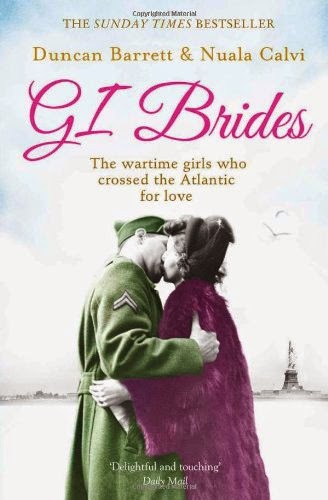 GI Brides: The Wartime Girls who Crossed the Atlantic for Love Authors: Duncan Barrett & Nuala Calvi Genre: Nonfiction, Biography, History Publisher: HarperCollins Publishers Release Date: 2013 Pages: 368 Source: This book was given to me by the author in exchange for an honest review Synopsis: A jeeped screeched to a halt beside her. The driver called out “Hey sugar!”and Gwendolyn, turning to give a smart reply was caught speechless. There, with one foot on the dashboard, was a GI with sparkling brown eyes and exotic good looks. Within moments she had agreed to join him for dinner that night.      Worn down by years of war and hardship, girls like Sylvia, Margaret, and Gwendolyn were thrilled to find they had more dates than they could wish for when the American GIs arrived in Britain. Others, like Rae, who distrusted the Yanks, were eventually won over by their easy charm.      So when VE Day finally came, for the 70,000 girls who’d become GI brides, it was tinged with
Post a Comment
Read more 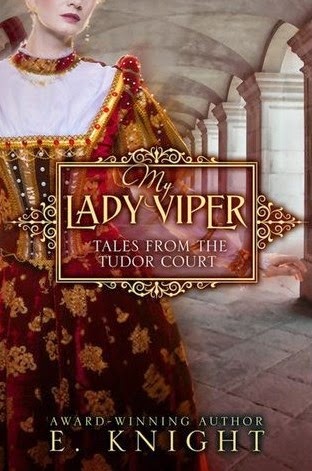 My Lady Viper Author: E Knight Publication Date: May 2014 Publisher: Knight Media, LLC Pages: 398 Source: This book was given to me  for Historical Fiction Virtual Book Tour Formats: Ebook, Paperback Synopsis:  May, 1536. The Queen is dead. Long live the Queen. When Anne Boleyn falls to the executioner's axe on a cold spring morning, yet another Anne vows she will survive in the snakepit court of Henry VIII. But at what cost? Lady Anne Seymour knows her family hangs by a thread. If her sister-in-law Jane Seymour cannot give the King a son, she will be executed or set aside, and her family with her. Anne throws herself into the deadly and intoxicating intrigue of the Tudor court, determined at any price to see the new queen's marriage a success and the Seymour family elevated to supreme power. But Anne's machinations will earn her a reputation as a viper, and she must decide if her family's rise is worth the loss of her own soul...      Book Two, Prisoner of
Post a Comment
Read more

Lady Macbeth: On the Couch by Alma H. Bond Ph.D.: A Book Review 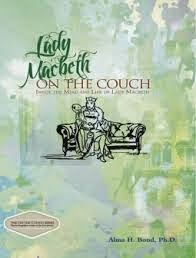 Lady Macbeth: On the Couch: Inside the Mind and Life of Lady Macbeth Author: Alma H. Bond, Ph.D. Genre: Historical Fiction Publisher: Bancroft Press Release Date: April 15, 2014 Pages: 260 Source: This book was given to me by the publisher in exchange for an honest review Synopsis: Scholars, professors, and historians have wondered for centuries how and why Lady Macbeth, the beautiful, beloved wife of a nobleman, had to encourage--nay, push--her husband, Prince Macbeth, to commit the ghastly crime of killing the king.      The great Sigmund Freud himself said that nobody knows why the Lady did so. Dr. Alma Bond spent many years searching for the reason.      Read Lady Macbeth: On the Couch to learn the answer to this ancient mystery, and to get a fascinating, first-hand look at life more than a millennium ago.       My Review: Macbeth is one of my favorite Shakespearean plays. Yet, the character that intrigues me the most in the play is not Macbeth, but his wife Lady Ma
Post a Comment
Read more

Please join Kathy Fischer-Brown as she tours virtually for her Serpent's Tooth trilogy - Lord Esterleigh's Daughter, Courting the Devil, & The Partisan’s Wife - and her novel Winter Fire. Blog tour includes a chance to win a $20 Amazon Gift Card. See below to enter. Lord Esterleigh’s Daughter: Book 1, The Serpent’s Tooth trilogy Publication Date: June 13, 2012 Publisher: Books We Love Ltd. Formats: eBook, Paperback Pages: 346 Source: This book was given to me as part of the Historical Fiction Virtual Book Tour   Synposis:  As a child, Anne Fairfield dreams of the father she never knew, the hero who died fighting the French and their Indian allies in a land across the sea. Her mother’s stories, and fantasies of her own devising, sustain and nurture her through a poor and lonely existence. Until one winter night, a strange man comes to call, and the life she has known comes crashing down like shattered glass. Forced to confront sordid truths, secrets and lies, t
5 comments
Read more

Book Blast: Curses and Smoke: A Novel of Pompeii by Vicky Alvear Shecter 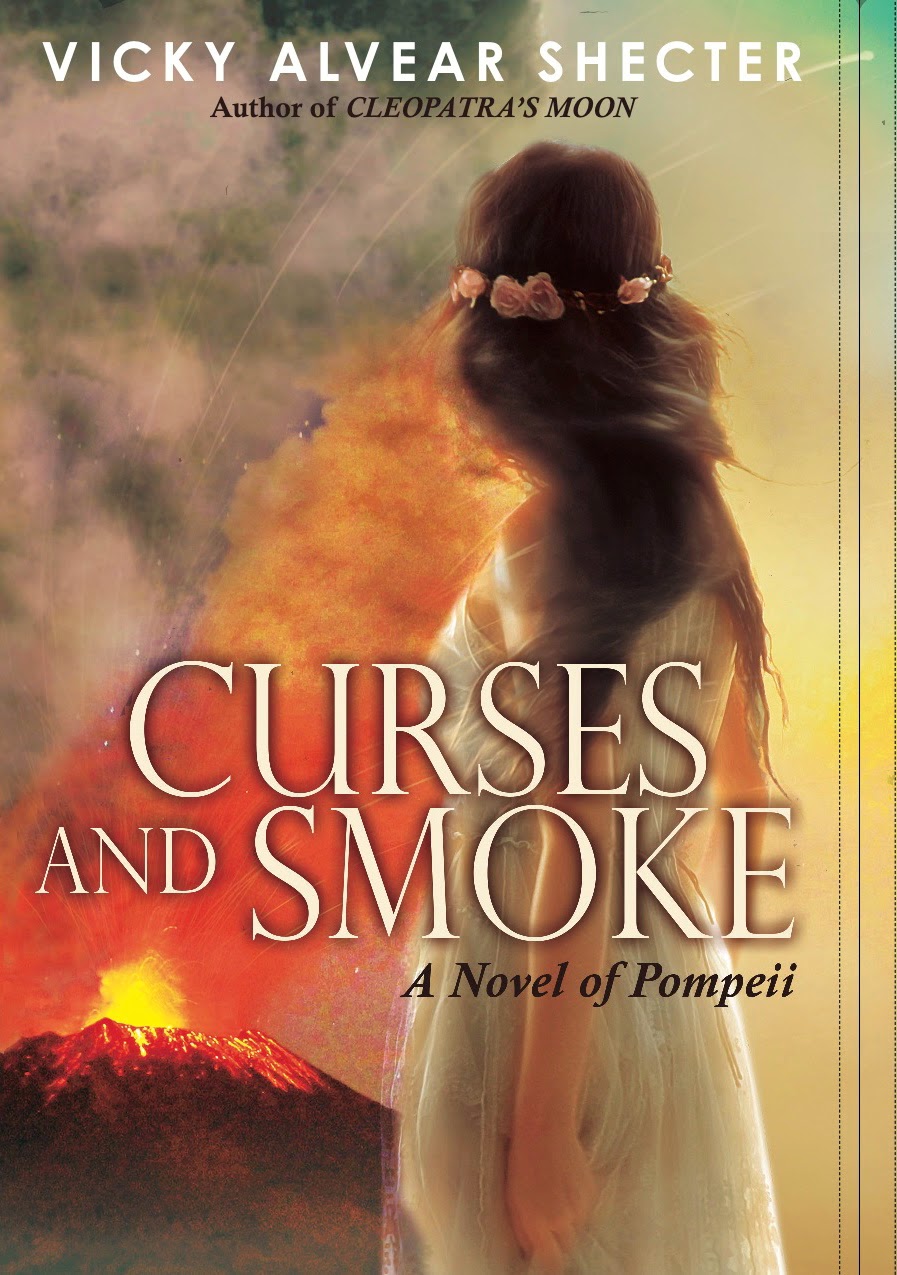 Curses and Smoke: A Novel of Pompeii Author: Vicky Alvear Shecter   Publication Date: May 27, 2014  Publisher: Arthur A. Levine Books  Formats: Hardcover, eBook Genre: YA Historical Pages: 336 Synopsis: When your world blows apart, what will you hold onto?      TAG is a medical slave, doomed to spend his life healing his master's injured gladiators. But his warrior's heart yearns to fight in the gladiator ring himself and earn enough money to win his freedom.      LUCIA is the daughter of Tag's owner, doomed by her father's greed to marry a much older Roman man. But she loves studying the natural world around her home in Pompeii, and lately she's been noticing some odd occurrences in the landscape: small lakes disappearing; a sulfurous smell in the air...      When the two childhood friends reconnect, each with their own longings, they fall passionately in love. But as they plot their escape from the city, a patrician fighter reveals his
2 comments
Read more

Virtual Book Tour: Sinners and the Sea: The Untold Story of Noah's Wife by Rebecca Kanner: A Book Review 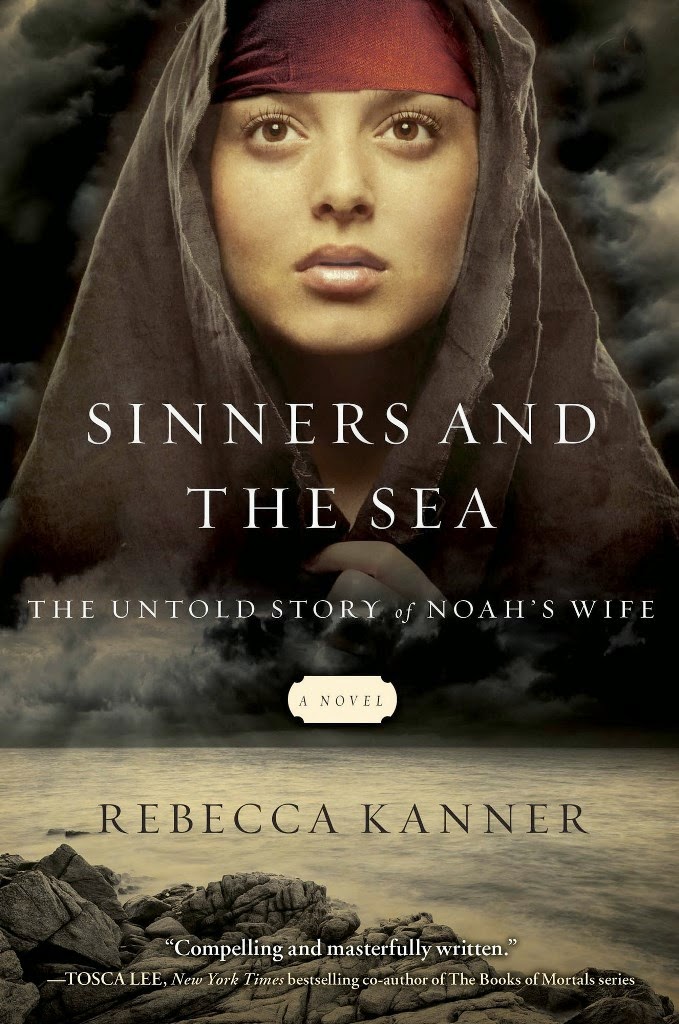 Sinners and the Sea: The Untold Story of Noah's Wife Author: Rebecca Kanner Genre: Historical Fiction, Biblical Fiction Publication Date: April 2, 2013 Publisher: Howard Books Pages: 360 Source: This book was given to me as part of the Historical Fiction Virtual Book Tour Formats: Hardcover, Paperback, eBook, Audio CD Synopsis:The young heroine in Sinners and the Sea is destined for greatness. Known  only as "wife" in the Bible and cursed with a birthmark that many think is the brand of a demon, this unnamed woman lives anew through Rebecca Kanner. The author gives this virtuous woman the perfect voice to make one of the Old Testament's stories come alive like never before.      Desperate to keep her safe, the woman's father gives her to the righteous Noah, who weds her and takes her to the town of Sorum, a haven for outcasts. Alone in her new life, Noah's wife gives him three sons. But living in this wicked and perverse town with an aloof husband w
1 comment
Read more
More posts