Showing posts from June, 2019
Show all

The Orphan's Tale by Pam Jenoff: A Book Review 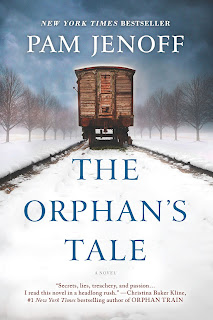 The Orphan’s Tale Author: Pam Jenoff Genre: Historical Fiction Publisher:  MIRA Release Date: 2017 Pages: 369 Source: Publisher/Edelweiss in exchange for an honest review. Synopsis: A powerful novel of friendship set in a traveling circus during World War II, The Orphan’s Tale introduces two extraordinary women and their harrowing stories of sacrifice and survival.       Sixteen-year-old Noa has been cast out in disgrace after becoming pregnant by a Nazi soldier and being forced to give up her baby. She lives above a small rail station, which she cleans in order to earn her keep… When Noa discovers a boxcar containing dozens of Jewish infants bound for a concentration camp, she is reminded of the child that was taken from her. And in a moment that will change the course of her life, she snatches one of the babies and flees into the snowy night.       Noa finds refuge with a German circus, but she must learn the flying trapeze act so she can blend in undetected, spurning t
Post a Comment
Read more 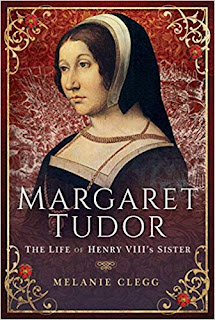 Margaret Tudor: The Life of Henry VIII's Sister  Author: Melanie Clegg Genre: Nonfiction, History, Biography Publisher: Pen and Sword History Release Date: 2018 Pages: 224 Source: Netgalley/Publisher in exchange for an honest review. Synopsis: When the thirteen year old Margaret Tudor, eldest daughter of Henry VII and his wife Elizabeth of York, married King James IV of Scotland in a magnificent proxy ceremony held at Richmond Palace in January 1503, no one could have guessed that this pretty, redheaded princess would go on to have a marital career as dramatic and chequered as that of her younger brother Henry VIII.Left widowed at the age of just twenty three after her husband was killed by her brother’s army at the battle of Flodden, Margaret was made Regent for her young son and was temporarily the most powerful woman in Scotland - until she fell in love with the wrong man, lost everything and was forced to flee the country. In a life that foreshadowed that of her tragic
Post a Comment
Read more

The Lost Girl of Astor Street by Stephanie Morrill: A Book Review 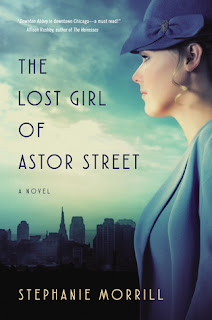 The Lost Girl of Astor Street Author: Stephanie Morrill Genre: YA, Historical Fiction, Mystery Publisher: Blink Release Date: 2017 Pages: 352 Source: Edelweiss/Publisher in exchange for an honest review. Synopsis: When her best friend vanishes without so much as a good-bye, eighteen-year-old Piper Sail takes on the role of amateur sleuth in an attempt to solve the mystery of Lydia’s disappearance. Given that Piper’s tendency has always been to butt heads with high-society’s expectations of her, it’s no surprise that she doesn’t give a second thought to searching for answers to Lydia’s abduction from their privileged neighborhood.       As Piper discovers that those answers might stem from the corruption strangling 1924 Chicago—and quite possibly lead back to the doors of her affluent neighborhood—she must decide how deep she’s willing to dig, how much she should reveal, and if she’s willing to risk her life of privilege for the sake of the truth.      Perfect for fans of L
Post a Comment
Read more
More posts