Showing posts from November, 2018
Show all

Queen of the Darkest Hour by Kim Rendfeld: A Book Review 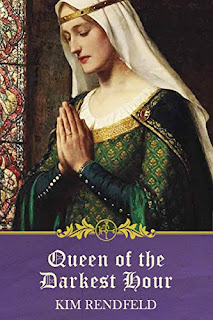 Queen of the Darkest Hour
Author: Kim Rendfeld
Genre: Historical Fiction
Publisher: Kim Rendfeld
Release Date: August 7, 2018
Pages: 327
Source: This book was given to me by the author in exchange for an honest review.
Synopsis: Francia, 783: As wars loom, Queen Fastrada faces a peril within the castle walls: King Charles’s eldest son, Pepin. Blaming his father for the curse that twisted his spine, Pepin rejects a prize archbishopric and plots to seize the throne. Can Fastrada stop the conspiracy before it destroys the realm?

Based on historic events during Charlemagne’s reign, Queen of the Darkest Hour is a story of family strife endangering an entire country—and the price to save it.

My Review: Queen Fastrada is a young girl who marries the Emperor Charlemagne. However, her happiness is soon shattered when she is beset by many problems. She has to endure the enmity and wrath of Pepin, Charlemagne’s eldest son. Pepin is a hunch-backed and is often neglected by his father. However, Pepin …
Post a Comment
Read more

Honored To Be Listed in the Top 35 Historical Fiction Book Blogs! 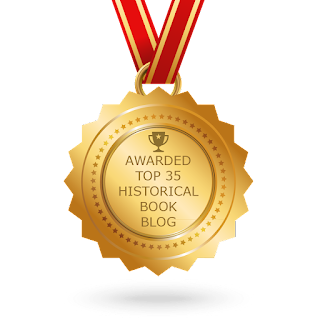 I am very honored to be listed in the top 35 Historical Fiction Book Blogs.  I want to thank Feedspot and everyone who has the time to read my review! 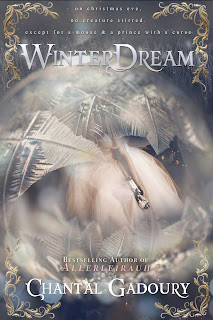 Winterdream Author: Chantal Gadoury Pub. Date: November 27, 2018 Publisher: Parliament House Publishing Formats: Paperback, eBook Pages: 290 Find it: Goodreads, Amazon, Kindle Link, B&N
Source: This book was given to me by Rockstar Book Tours in exchange for an honest review. Synopsis: This Christmas Eve… no creature was stirring…
Except, maybe, a mouse.
At long last, can true love break the Nutcracker’s curse?
For Clara Stahlbaum, this Christmas means the end of her youth. A daughter of the aristocracy, Clara is expected to give up her dreams of adventures and the extraordinary for more normal days as the wife of a cruel Viscount.
But when magical Uncle Drosselmeyer returns with his wondrous, dancing contraptions, and one...special gift for Clara, she is beckoned to the land of Winter Dream, where she is thrust into the greatest adventure of her wildest dreams. But will she be able to break the Nutcracker's curse?
Uncle Drosselmeyer’s apprentice, Anton, is handsom…
Post a Comment
Read more

I am so excited that Winterdream by Chantal Gadoury is available now and that I get to share the news!

If you haven’t yet heard about this wonderful book by Author Chantal Gadoury, be sure to check out all the details below.

This blitz also includes a giveaway for a signed copy of the book, US Only, courtesy of Chantal, Parliament House Publishing, and Rockstar Book Tours. So if you’d like a chance to win, enter in the Rafflecopter at the bottom of this post.

Winterdream Author: Chantal Gadoury Pub. Date: November 27, 2018 Publisher: Parliament House Publishing Formats: Paperback, eBook Pages: 290 Find it: Goodreads, Amazon, Kindle Link, B&N Synopsis: This Christmas Eve… no creature was stirring…
Except, maybe, a mouse.
At long last, can true love break the Nutcracker’s curse?
For Clara Stahlbaum, this Christmas means the end of her youth. A daughter of the aristocracy, Clara is expected to give up her dreams of adventures and the extraordinary for more normal days …
Post a Comment
Read more
More posts