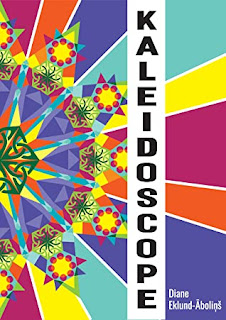 Synopsis: It is 1917, and a war in Europe is also being felt in Australia as young men sign up in their thousands. Some of them anticipate adventure; others believe that fighting for England is the right thing to do. Bridget O'Connor, a young woman from the Central West of New South Wales with a husband and a brother caught up in the war, does not believe that killing can ever be the 'right thing to do'. At the same time, she is fleeing to Sydney, expecting to be hanged for a dreadful crime she herself has committed. Past injustices, domestic violence and society's perspective on women twist around the central themes of war and Bridget's crime.

My Review: Bridget has committed a dreadful crime that would result in her being hanged. To save herself from that dreadful fate, she and her young son escape to Sydney to live with her sister. She dreads being hunted by the police and wonders if she caught what will happen to her when she is hanged. As she is in hiding with her sister, Bridget ponders her life and contemplates how she has committed her crime. She also wonders that if she is hanged, if there will be an afterlife waiting for her. Would Bridget ever be caught and punished for crime?

Bridget is a complicated character. Mrs. Eklund-Abolins slowly peels back the layers of Bridget’s character and the motive for why she committed that crime. By revealing Bridget’s character slowly and the crime, the reader comes to understand Bridget in an intimate way. Bridget’s family had come to Australia from Ireland to seek a better life. They are Catholics and are faced with many prejudices. These events helped shape Bridget’s childhood years. We learn that Bridget often ponders her faith and her relationship to God. We also learn that Bridget was once naive and romantic in her youth. However, WWI had a profound effect on her, especially since her husband and brother were directly involved in her life. The war played a major role in the motivation of why she committed her crime. Bridget in the novel goes through guilt, fear, sadness, loss, and choices. Thus, Bridget seems very human and flawed. Because the reader takes time to get to know Bridget, it is hard to not emphasize and understand her motives.

Overall, this novel is about war trauma, religious beliefs, and choices. The message of the novel is that life is unexpected and that there is always hope. Another message is the novel that even though life does not always go as you had planned, there are still endless possibilities. The novel starts out slow, but it is still an excellent character-driven story. The one main flaw of this story is that it suffers from mostly being told instead of shown. Still, it is an emotional and moving novel. There were also a few surprising twists in the story. Kaleidoscope is a novel that will still linger with you long after you have read the last page. The characters, especially Bridget, feel very real to the reader. The story makes the reader have anxiety for Bridget that you cannot help but read to the end to see what happens to her. Kaleidoscope is a must read for fans of WWI because it tells the personal costs and trauma of how it affects a soldier and his family. I recommend this for fans of Beauty Among Ruins, Band of Sisters, and The Victory Garden!