Blog Tour: Grendel's Mother: The Saga of the Wyrd-Wife by Susan Signe Morrison: A Book Review Grendel's Mother: The Saga of the Wyrd-Wife by Susan Signe Morrison

Source: This book was given to me by Historical Fiction Virtual Book Tours in exchange for an honest review.
Shortlisted for the 2014-2015 Sarton Literary Award for Historical Fiction.
Synopsis: An amber bead. A gold and glass drinking horn. A ring engraved with Thor’s hammer – all artifacts from a Germanic tribe that carved a space for itself through brutality and violence on a windswept land. Brimhild weaves peace and conveys culture to the kingdom, until the secret of her birth threatens to tear apart the fragile political stability. This is her story – the tale of Grendel’s Mother. She is no monster as portrayed in the Old English epic, Beowulf. We learn her side of the story and that of her defamed child. We see the many passages of her life: the brine-baby who floated mysteriously to shore; the hall-queen presiding over the triumphant building of the golden hall Heorot and victim of sexual and political betrayal; the exiled mere-wife, who ekes out a marginal life by an uncanny bog as a healer and contends with the menacing Beowulf; and the seer, who prophesizes what will occur to her adopted people. We learn how the invasion by brutal men is not a fairy tale, but a disaster doomed to cycle relentlessly through human history. Only the surviving women can sing poignant laments, preserve a glittering culture, and provide hope for the future.

My Review: Grendel’s mother is one of the main antagonists in the Old English poem of Beowulf. When Beowulf kills Grendel’s mother we cheer and feel that she has finally been given her just desserts. However, what if the often told legend of Beowulf were rooted in fact? And, instead of a hideous monster, Grendel was a man, with a very real mother? In this book, we are presented with this perspective, a real-life happening that through the years grew into the famous legend. In Grendel’s Mother, we see a different perspective of whom Grendel’s mother might have been.

Brimhild, the mother of Grendel, lives a very sad life. She is a very sympathetic character, and is a victim of injustice in a cruel world. As a child she is very inquisitive and bright. When she is sent off to live in the real world to work in the king’s hall, she is very innocent of the world. She sees the violence and brutality of the court. She sees the court’s corruption. When she marries the king and becomes queen, she wants to restore the court to goodness and peace. However, her ideals push the king away from her because he believes that violence ensures their kingdom's security. She finds herself lonely and becomes attracted to Christianity because she agrees with their ideals. One day, the king sends her into exile. She and Grendel become bitter and filled with hate and revenge. While I did not approve of Grendel and his mother’s actions of how they sought out revenge, I did for sorry for them, and I could sense their pain.

Overall, this story is about friendship, love, loss, and redemption. The message of this book is that there is always hope. I did feel that there were some unnecessary scenes in this novel. However, I found this story to an emotional and poignant read. I loved reading Brimhild’s journey and wished for her to find her happiness. I found the writing to be very beautiful and lyrical. I also liked how the setting was set in the Anglo-Saxon world, and I loved how Norse mythology was incorporated into the story. Grendel’s Mother is sure to linger with you even after you have finished the last page. I recommend this story to anyone interested in reading a different take on the classic, Beowulf, Norse Mythology, and anyone who enjoys reading stories about a mother’s love for her son.

"What a gift! Grendel's Mother is sure to become an integral part of every class on Beowulf." -Candace Robb, author of the Owen Archer Mystery Series and, as Emma Campion, A Triple Knot
"This fascinating narrative is to readers today what John Gardner's Grendel was to readers of the 1970s." -Haruko Momma, Professor of English, New York University Susan Signe Morrison writes on topics lurking in the margins of history, ranging from recently uncovered diaries of a teenaged girl in World War II to medieval women pilgrims, excrement in the Middle Ages, and waste. Susan Morrison is Professor of English at Texas State University. She grew up in New Jersey by the Great Swamp, a National Wildlife Refuge with terrain not unlike that of Grendel’s Mother’s mere in Beowulf. Committed to bringing the lives of medieval women to a wider audience and making the ethics of waste fundamental to our study of literature. Susan can be found at grendelsmotherthenovel.com, homefrontgirldiary.com, and amedievalwomanscompanion.com and tweets @medievalwomen.

Susan’s BA is from Swarthmore College and her A.M./Ph.D. in Comparative Literature from Brown University. She has studied in Germany and taught in the former East Germany. Susan’s publications have appeared in such journals as The Yearbook of Langland Studies, Medievalia et Humanistica, Medieval Feminist Forum, The Chaucer Review, Exemplaria: A Journal of Theory in Medieval and Renaissance Studies, The New York Times, Women In German Yearbook , Journal of Popular Culture, Amsterdamer Beiträge zur älteren Germanistik, as well as numerous book chapters. She lives in Austin, Texas with her husband, daughter and son. For more information visit Susan's website.


Monday, March 28
Spotlight at Passages to the Past

Wednesday, March 30
Review at History From a Woman's Perspective

Tuesday, April 5
Review at A Chick Who Reads

Tuesday, April 12
Review at One Book Shy of a Full Shelf

Thursday, April 14
Review at Seize the Words: Books in Review

Friday, April 15
Review at With Her Nose Stuck In A Book

To win one of two copies of Grendel’s Mother by Susan Signe Morrison please enter the giveaway via the GLEAM form below.

– Giveaway ends at 11:59pm EST on April 15th. You must be 18 or older to enter.
– Giveaway is open to US & Canada residents only.
– Only one entry per household.
– All giveaway entrants agree to be honest and not cheat the systems; any suspect of fraud is decided upon by blog/site owner and the sponsor, and entrants may be disqualified at our discretion
– Winner has 48 hours to claim prize or new winner is chosen. 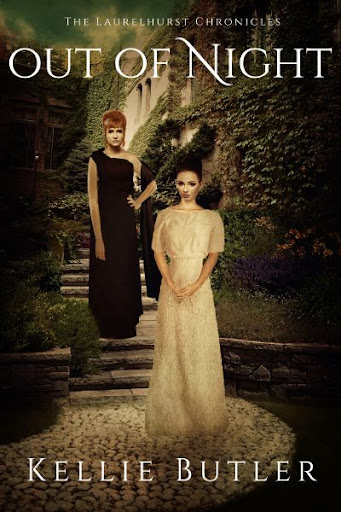