September 18, 2014
Today's guest writer is Elisa DeCarlo. Elisa DeCarlo has published two novels, Strong Spirits and The Devil You Say as well as The Abortionist's Daughter. Her work is also in a number of anthologies. Elisa has also written and performed a number of solo shows across the country. In 2013, the Exit Press will publish an anthology of her stage work. Elisa was born in Westchester, NY, and grew up there and in New York City. As an actress, she has performed in television, radio and film. In her guest post, Elisa DeCarlo talks women's fashion in the 1910s. Be sure to check out my review of The Abortionist's Daughter soon. Thank you, Mrs. DeCarlo. 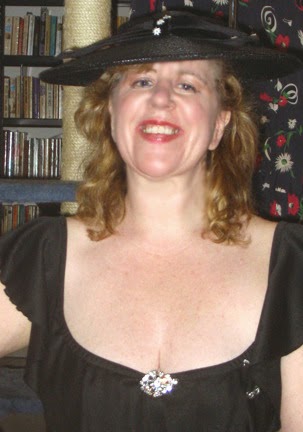 From Corsets to Chemises: Fashion As Liberation

In The Abortionist’s Daughter, which is set in 1916, the evolution of the main character, Melanie Daniels, is not only shown by her thoughts actions, but also her clothes.  Since I am an obsessed fashion buff, I had to write about the clothes!
Queen Victoria ruled Great Britain, from 1837 to 1901.  The ideal woman of 1900 had an exaggerated hourglass figure, created by tight lace-up corsets made of thick canvas with whalebone or steel stays.  Females were “the weaker sex”.  The corset was deemed morally and medically necessary.  Because breathing was difficult and the many layers of clothing impossibly heavy, women often fainted.  This marked them as “delicate”.

The period between 1910 - 1920 was a time of great change for women.  Women campaigned for equal rights under the law. They fought hard to win the vote, which they did in 1920.  These activists were called “unwomanly,” “unnatural,” the more so because some even tried to find birth control!  Birth control was not a right women must have. Annette Kellerman, a champion Olympic swimmer, scandalized America when she introduced the one-piece bathing suit.  It was intended to replace the heavy wool dresses women wore, even when swimming!
Reflecting the changes in women, their clothing  became less restrictive.  Hemlines first rose to the ankle, and then eight inches off the floor.  The stiff artificial look of the corset gave way to softer, more easy-fitting lingerie.  There were still more layers than most of us can imagine today, but far less than in earlier times.  There was also a wider range of style, from man-tailored suits to fluffy lacy dresses. 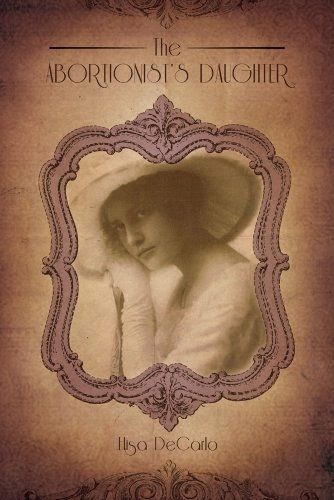 When first we meet Melanie in 1916, she wears an old-fashioned Victorian corset and worn-out clothes. Melanie makes do with hand-me-downs from her older sister, and a blue dancing dress she has to “do over” (change the trim, neckline, sleeves) because it is the closest thing she has to something nice.  Her father, the town doctor, was sent to prison for performing an illegal abortion that went horribly wrong.  Now that he is back, the Daniels family is barely scraping by.  They are outcasts in the village in the Adirondack Mountains.
When Melanie escapes her tiny village for New York City, her lover,  James, takes her to a large department store for clothes shopping.
“I declare I haven’t ever seen anything that antique on a woman your age,” the saleslady said.
Melanie looked down at her old white sixhook corset.  “It’s only nine years old,” she mumbled.
“Madame, those whalebone corsets can do untold damage to your internal organs, if you don’t mind my speaking frankly.  Now, what you need is one of our boneless corsets, made of elastic, and one or two of our new bust bodices, styled after the Parisian models.  They give a far freer, more natural silhouette.  Believe me, you’ll appreciate it the next time you eat dinner.”
The new undergarments were lovely, but Melanie couldn’t help thinking that an unrestricted midsection was a bit wicked.

She sees a different woman in the mirror, more confident and prettier.  Later, James deserts her and she is sent home. Melanie decides to become an actress.  She gets the money to return to New York by selling her clothes to the village dressmaker.  The one piece she cannot sell, a gray silk crepe evening gown, is pivotal to the plot.
She returns to New York wearing a dress made by her mother. Owing to her tight budget, the dress is all she has to wear to auditions, so she must write to her mother to make her clothes. She trims her one hat with violets, ribbons, and feathers to make it look different.
But then, the evening gown helps her land a job as a “dress extra”, a stage extra who supplies her own clothes.  She meets another newly hired actress, Mercedes La Fay.
“What are you going to wear?” asked Mercedes.  “I’ve got the most beautiful white dress, with a silver girdle, with cloth of silver slippers and maybe I’ll do my hair the same as yours, so we look more like sisters, what do you think?  It’s a wonderful dress.  My friend Marian Templeton wore it in ‘Clarence’, and except for a makeup stain that I have to cover with a brooch, you’d never know it was used.  Amazing considering it’s white, isn’t it?”
“Uh, yes,” said Melanie when she realized Mercedes had finished speaking.  Mercedes asked a lot of questions, but didn’t stop for the answers.  “I’m wearing gray crepe, with an overlay of rose lace.  It’s Grecian style.  And silver slippers.”

With the money Melanie earns from her new job, she is able to buy a new wardrobe.  Not of truly fine clothes, but good everyday pieces.

The clothes of the other characters are equally meticulously drawn, indicating class, wealth, mental illness and a host of other characteristics.  It was tremendous fun researching the wardrobes for The Abortionist’s Daughter.  It taught me so much, not only about clothes, but about women’s history, too.

Check out my review of Elisa DeCarlo's novel:
The Abortionist's Daughter