Source: This book was given to me by Historical Fiction Virtual Book Tours in exchange for an honest review.
Synopsis: Set in eighteenth-century Venice and based on an actual account by Giacomo Casanova—here is a lush tale of desire and risk.

Caterina Capreta was an innocent girl of fourteen when she caught the attention of the world’s most infamous chronicler of seduction: Giacomo Casanova. Intoxicated by a fierce love, she wed Casanova in secret. But his shocking betrayal inspired her to commit an act that would mark her forever …

Now twenty years later on the island of Murano, the woman in possession of Caterina’s most devastating secret has appeared with a request she cannot refuse: to take in a noble-born girl whose scandalous love affair resembles her own. But the girl’s presence stirs up unwelcome memories of Caterina’s turbulent past. Tested like never before, she reveals the story of the man she will never forget.

Bringing to life a fascinating chapter in the history of Venice, Casanova’s Secret Wife is a tour de force that charts one woman’s journey through love and loss to redemption.

My Review: Casanova is the world’s most famous lover. Casanova’s Secret Wife tells the story of Caterina Capreta, the woman who loved him. At the bequests of the abbess, Caterina takes in Leda, a noblewoman who had been caught in a scandal. As soon as Caterina meets Leda, she realizes how her story was similar to her own. She then tells Leda the story of her life.

Caterina was fourteen when she met Giacomo Casanova. Upon meeting him, she is immediately smitten with him. She secretly exchanges vows with him and hopes that she will be with him forever. However, her dreams are shattered. Her father does not view him as a potential suitor for Caterina. He sends her to a convent until she is considered for a suitable marriage at the age of eighteen. Despite her circumstances, Caterina plans to be with Casanova again. However, her plans change when Casanova’s feelings turn to another woman. Heartbroken, Caterina is desperate to go to any lengths to keep Casanova at her side.

I really like Caterina. She was a very sympathetic figure. Caterina is naive, idealistic, and a romantic. She is charmed by Casanova for his handsome features and his love of poetry. She believes that she will be happy with him for the rest of her life. However, Caterina slowly grows wiser. We feel her heartbreak as she slowly learns that Casanova is not the faithful husband that he has professed himself to be. We root for Caterina as we hope that she will eventually find her own happiness without Casanova.

Overall, this book is about first love, betrayal, redemption, and forgiveness. The message of the book is to forgive yourself. I really thought this was a very emotional book and I really could understand the characters. I especially loved the supporting characters Leda and Zulietta. I was intrigued by their stories and hoped they had a happy ending. However, after reading this novel, I thought I didn’t really know Casanova. He did not seem complex enough. However, I loved the setting. The novel was so vivid that I felt as if I was rowing the streets of Venice alongside Caterina. Thus, it was a very beautiful story, and it captivated me from the first page. I was so intrigued by this book that I read it in one sitting. Casanova’s Secret Wife is a treat for historical fiction lovers, and I cannot wait to read the next book Barbara Lynn-Davis has in store for us. I recommend this novel for fans of Sacred Hearts, The Glassblower of Murano, and Artemisia.

“Lynn-Davis admirably incorporates historical detail into this page-turning drama of mystery, love, and loss….Yet the standout is her depiction of Casanova – Lynn-Davis clearly enjoys crafting a real-life character who stands apart from the legend, making him the book’s most enduring character.” – Publishers Weekly

“Lynn-Davis debuts with a fascinating story based on the notorious lover Giacomo Casanova’s writings. With Venice as the romantic backdrop and young love as its focus, this stunning tale of passion, betrayal and redemption is a richly woven tapestry of Casanova’s early life. By bringing little known history to life, Lynn-Davis delivers an unforgettable love story, centering not only on Casanova, but two women who share the beauty of love and the pain of loss; one will find salvation and the other true happiness.”- RT Book Reviews, 4 Stars

“This is Venice beneath the mask: A dark and fascinating love story hiding in the shadows of the golden city.” –Marina Fiorato, bestselling author of The Glassblower of Murano

“Seductive and unforgettable” –Harmony Verna, author of Daughter of Australia

Barbara Lynn-Davis graduated from Brown University with a degree in art history. She then worked at the Peggy Guggenheim Museum in Venice and later spent a year there while completing her Ph.D. in Renaissance art at Princeton University.

She currently teaches art history and writing at Wellesley College, and lives outside Boston with her family.

For more information please visit Barbara Lynn-Davis' website. You can also connect with her on Facebook and Goodreads.

Tuesday, July 25
Review at 100 Pages a Day
Spotlight at The Lit Bitch

Wednesday, July 26
Review at A Bookaholic Swede
Excerpt at What Is That Book About

Thursday, July 27
Review at So Many Books, So Little Time

Friday, July 28
Excerpt at Passages to the Past

Monday, July 31
Review at A Bookish Affair
Spotlight at A Literary Vacation

Wednesday, August 2
Review & Guest Post at Books of All Kinds

Tuesday, August 8
Review at History From a Woman's Perspective

Friday, August 18
Excerpt at The Book Junkie Reads
Interview at Ms. Stuart Requests the Pleasure of Your Company

During the Blog Tour we will be giving away a paperback copy of Casanova’s Secret Wife! To enter, please enter via the Gleam form below.

– Giveaway ends at 11:59pm EST on July 28th. You must be 18 or older to enter.
– Giveaway is open to residents in the US & Canada only.
– Only one entry per household.
– All giveaway entrants agree to be honest and not cheat the systems; any suspect of fraud is decided upon by blog/site owner and the sponsor, and entrants may be disqualified at our discretion.
– Winner has 48 hours to claim prize or new winner is chosen. 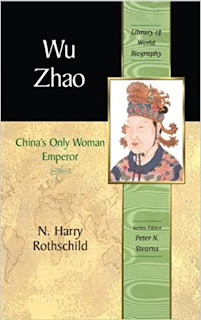