Set during the chaotic years of World War II, The General’s Women tells the story of the conflicted relationship between General Dwight Eisenhower and Kay Summersby, his Irish driver/aide, and the impact of that relationship on Mamie Eisenhower and her life in Washington during the war. Told from three alternating points of view (Kay’s, Ike’s, and Mamie’s), the novel charts the deepening of the relationship as Ike and Kay move from England (1942) to North Africa (1942-43) to England, France, and Germany before and after the Normandy landing (1944-45). At the end of the war, Ike is faced with the heart-wrenching choice between marrying Kay and a political future.

The story continues into the post-war years, as Ike (returning to Mamie) becomes Army Chief of Staff, president of Columbia University, Supreme Commander of NATO, and president of the United States. Kay, meanwhile, struggles to create a life and work of her own, writing two memoirs: the first (Eisenhower Was My Boss, 1948) about her war work with Ike; the second (Past Forgetting, 1976) about their love affair. An author’s note deals with the complicated question of the truth of Kay’s story, as it finally appears in the posthumously-published Past Forgetting.

Praise for The General's Women

“The General’s Women is an engrossing and humanizing account of a love that blossomed during wartime and scandalized a nation… A historical novel that is sympathetic, satisfying, and heartbreaking.” —Foreword Reviews

“A mature, gripping emotional drama… The arc of this multifaceted novel follows the three main characters [Ike, Kay, and Mamie] and a host of secondary ones through the war and back into civilian life. At every point Albert smoothly incorporates an obviously vast amount of research into a tale of raw emotional conflict that can make for some wonderfully uncomfortable reading.” —Kirkus Reviews

“A brilliant work of biographical fiction that will fascinate WW2 history fans. It tells the remarkable true story of General Dwight D Eisenhower and his relationship with his Irish-born driver and secretary, Kay Summersby, and with his longtime wife Mamie. It faithfully shines a light on the hidden relationship of the man behind the D-Day landings and what he got up to while 3,000 miles from his wife. A must read!” —Kieron Wood, author of Ike’s Irish Lover: The Echo of A Sigh A NYT bestselling author, Susan’s books include biographical fiction (A Wilder Rose 2013, currently under film option; Loving Eleanor 2016; and The General’s Women 2017). Her mystery fiction includes the bestselling China Bayles mysteries; The Darling Dahlias; the Cottage Tales of Beatrix Potter; and the Robin Paige Victorian/Edwardian mysteries written with her husband, Bill Albert. Working together, the Alberts have also written over 60 young adult novels.

Susan’s most recent nonfiction work includes two memoirs: An Extraordinary Year of Ordinary Days and Together, Alone: A Memoir of Marriage and Place. Her earlier nonfiction work includes Work of Her Own, a study of women who left their careers, and Writing From Life: Telling Your Soul’s Story, a guidebook for women memoirists. That book led to the founding of the Story Circle Network in 1997. She has edited two anthologies for the Story Circle Network: With Courage and Common Sense (2004) and What Wildness Is This: Women Write about the Southwest (2007). She currently serves as editor of StoryCircleBookReviews and co-coordinator of SCN’s Sarton Women’s Book Awards.

She and Bill live in the Texas Hill Country, where she writes, gardens, and tends a varying assortment of barnyard creatures.

Saturday, August 5
Feature at Passages to the Past

Tuesday, August 8
Review at Hopewell's Public Library of Life
Feature at History From a Woman's Perspective 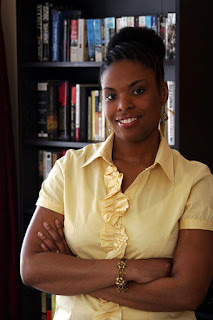 Shelly Stratton is the author of She Wears the Mask.  This interesting guest post discusses how she incorporates realistic details and facts about streetcars from the early 20th century, which were common long before her birth. Mrs. Stratton describes her love of these older modes of public transportation as well as how she felt a joy and kinship with those who patronized these iconic symbols of urban transportation throughout the industrial age. Thank you, Mrs. Stratton!


Trolley Cars, the Metro, and Bringing Historical Settings to Life
By Shelly Stratton
Decades ago, whenever I visited my great grandmother and great aunt in NW Washington, D.C., they would always ask me, “Did you drive in or take the trolley car here?” As I removed my coat or stowed away my umbrella, I would politely correct them with “I took the metro.”  But after correcting them so many times and both of them persistently referring to the metropolitan transit train system as the “trolley car,” I gave up.

Marie Antoinette’s World: Intrigue, Infidelity, And Adultery In Versailles[history/biographical nonfiction] Release date:
June 15, 2020 Postponed due to Covid-19: July 30, 2020 at Rowman & Littlefield Publishers Hardcover and ebook, 320 pages
Author’s page | Goodreads SYNOPSISSynopsis: This riveting book explores the little-known intimate life of Marie Antoinette and her milieu in a world filled with intrigue, infidelity, adultery, and sexually transmitted diseases. Will Bashor reveals the intrigue and debauchery of the Bourbon kings from Louis XIII to Louis XV, which were closely intertwined with the expansion of Versailles from a simple hunting lodge to a luxurious and intricately ordered palace. It soon became a retreat for scandalous conspiracies and rendezvous—all hidden from the public eye.

When Marie Antoinette arrived, she was quickly drawn into a true viper’s nest, encouraged by her imprudent entourage. Bashor shows that her often thoughtless, fantasy-driven, and no…
Read more

Blog Tour: A Lady's Guide to Mischief and Murder by Dianne Freeman 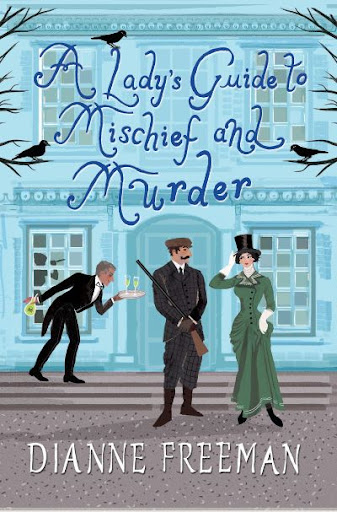 London is known for its bustle and intrigues, but the sedate English countryside can host—or hide—any number of secrets. Frances, the widowed Countess of Harleigh, needs a venue for her sister Lily’s imminent wedding, away from prying eyes. Risings, George Hazleton’s family estate in Hampshire, is a perfect choice, and soon Frances, her beloved George, and other guests have gathered to enjoy the usual country pursuits—shooting, horse riding, and romantic interludes in secluded gardens.

But the bucolic setting harbors a menace, and it’s not simply the arrival of Frances’s socially ambitious mother. Above and below stairs, …
Read more