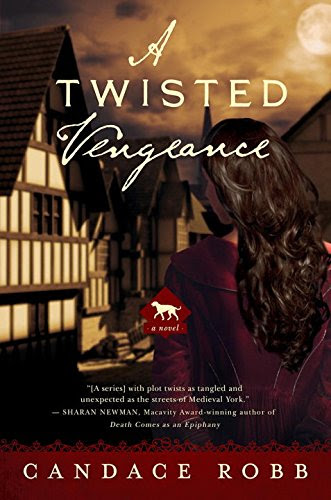 A Twisted Vengeance by Candace Robb

As the fourteenth century comes to a close, York seethes on the brink of civil war―and young widow Kate Clifford, struggling to keep her businesses afloat, realizes that her mother is harboring a dangerous secret…

1399. York is preparing for civil war, teeming with knights and their armed retainers summoned for the city’s defense. Henry of Lancaster is rumored to have landed on the northeast coast of England, not so far from York, intent on reclaiming his inheritance―an inheritance which his cousin, King Richard, has declared forfeit.

With the city unsettled and rife with rumors, Eleanor Clifford’s abrupt return to York upon the mysterious death of her husband in Strasbourg is met with suspicion in the city. Her daughter Kate is determined to keep her distance, but it will not be easy―Eleanor has settled next door with the intention of establishing a house of beguines, or poor sisters. When one of the beguines is set upon in the night by an intruder, Kate knows that for the sake of her own reputation and the safety of her young wards she must investigate.

From the first, Eleanor is clearly frightened yet maintains a stubborn silence. The brutal murder of one of Eleanor’s servants leads Kate to suspect that her mother’s troubles have followed her from Strasbourg. Is she secretly involved in the political upheaval? When one of her wards is frightened by a too-curious stranger, Kate is desperate to draw her mother out of her silence before tragedy strikes her own household.

“Lovers of Shakespeare’s Richard II will find Robb’s intricate sequel to 2016’s The Service of the Dead a particular treat, as it charts the course of Richard’s downfall and his cousin Henry of Bolingbroke’s rise through the fears and uncertainties of the residents of the city of York in July 1399. These anxieties are worsened by a series of strange deaths connected to the extended family of Kate Clifford, a fierce young widow struggling to cope with not only her own household of jostling servants and the recently arrived illegitimate children of her late husband but also the return of her quarrelsome mother, Eleanor, from Strasbourg with religious women in tow. The character of Clifford is compelling and finely drawn, and for those readers who are patient enough to manage an unusually large number of secondary characters, the answers to a series of mysteries, starting with the reason for an intruder’s attack on a beguine (or poor sister) in the middle of the night, are highly satisfying.” – Publisher’s Weekley, STARRED REVIEW 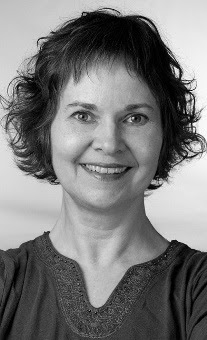 January 18, 2022
Join us for this tour from Jan 10 to Feb 4 ,  2022 ! Book Details: Book Title : Peccadillo at the Palace (An Annie Oakley Mystery) by Kari Bovee Category :  Adult Fiction (18 + yrs), 332 pages Length: 9 hours, 52 minutes Genre :  Historical Mystery, Cozy Mystery Publisher :  Bosque Publishing Release date:    April 2020 ​ Formats available for review : audiobook (audible download), MOBI (for kindle), EPUB, PDF) Tour dates : Jan 10 to Feb 4, 2022 Content Rating :  PG +M for mature themes, mild swearing Book Description:      She’s outgunned her opponents at every turn, but will it be enough to solve a royal case of murder? Annie Oakley can’t believe her good fortune at an imperial invitation.      Queen Victoria wants Buffalo Bill’s Wild West Show to perform for her Golden Jubilee. But during the voyage to England, a royal escort is murdered and the gun-slinging star finds herself at the center of an assassination plot against the crown.      Determined to catc
Post a Comment
Read more