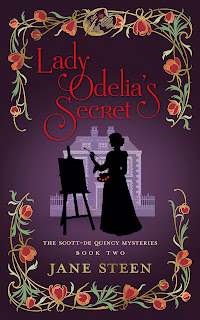 Genre: Historical Mystery
Series: Scott-De Quincy Mysteries, #2
Publication Date: March 7, 2022
Source: This book is given to me by Historical Fiction Virtual Book Tours in exchange for an honest review.

Synopsis: Do you ever really know your family?
In the 1880s a sixth daughter learns not to ask for much, even if she’s the daughter of an earl. Even if she married the richest man in her corner of Sussex. Even if she’s now a widow with a splendid Georgian mansion.
Lady Helena Whitcombe is still trying to adjust to widowhood and reconcile her family loyalties with her desires when her artist sister Odelia makes a startling suggestion. Why not make her mark on the house that’s now all hers, by commissioning a magnificent work of art from one of London’s most celebrated painters?
Lady Odelia invites Helena into the seductive world of medieval fantasies and fairy tales she has inhabited since Helena was a child. But when a shocking series of events exposes the destructive reality of a great artist’s unusual lifestyle, Helena and her lady’s maid Guttridge are called on to help—or is it to interfere?
Looming danger, the risk of scandal, and competing loyalties force Helena to re-evaluate her relationship with the sister she’s always loved the most.
What is Lady Odelia’s secret? Find out in this gripping continuation of the Scott-De Quincy Mysteries, a story that blends mystery and historical detail with Downton Abbey-style saga as the truths about Helena’s aristocratic family unfold. Read it now before the secret gets out!

My Review: Lady Helena has inherited a beautiful Georgian mansion. Her sister, Odelia, has advised her to decorate it with beautiful art paintings. She suggests a famous London painter. Lady Helena agrees. However, she discovers shocking secrets about the painter she has commissioned. These secrets lead to a rift with her sister. Can Helena’s relationship with her sister survive after she figures out the  secret?

One of the criticisms I had with the first novel was how Lady Helena was mostly a passive character and that she barely investigated. In this sequel, she has certainly become more active. She does much more investigation with her assistant. Therefore, she was definitely given an upgrade to her character. Lady Helena also seems more independent and in control of her life. She definitely seemed happier in her new position. I also liked her romance with the French physician more in this novel. This is because we learn new details about him. Therefore, Lady Helena was more of a likable character in this novel.

Overall, this novel is about scandals, secrets, and love. I found all the characters to be very fascinating in this novel. The mystery itself does not happen until late in this novel. However, there was more action, suspense, and drama than in the first novel! The drawbacks of the were that it can be slow moving throughout most of the book, and there were some scenes that made me uncomfortable. Still, this was a better written story and featured more developed characters than in the first novel. The ending kept me interested enough to at least continue the series. I recommend Lady Odelia’s Secret for fans of Lady Anne and the Howl in the Dark, The Gilded Shroud, and An Infamous Betrayal! 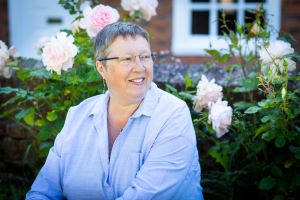 Jane Steen writes series set in the late Victorian period, with an unputdownable blend of mystery, family saga, romance, and the real-life issues facing women of the era. She is an indie author who began her career while living in Illinois, later moving with her American husband to her native England. When not working, she can be found walking through the green and muddy Sussex countryside, getting her cobwebs blown away on the nearby beaches, lovingly tending her garden, or sticking her nose into yet another book.
For more information, please visit Jane Steen's website. You can also find her on Facebook, Twitter, Pinterest, and Goodreads. 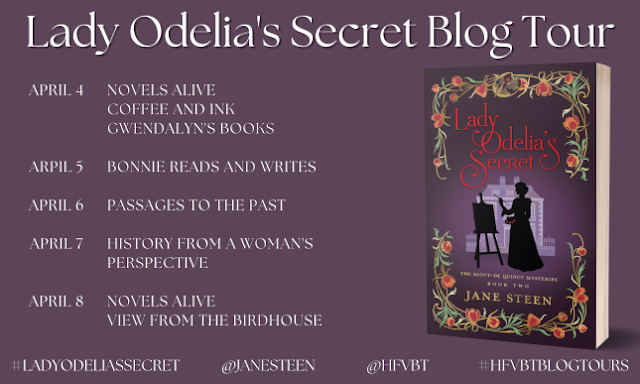