Millions are fans of Diana Gabaldon's popular Outlander books and television series, but few know that Gabaldon's fictional Castle Leoch was inspired by a real Scottish castle, Castle Leod. The two sisters who lived there at the turn of the twentieth century were among the most fascinating and talked-about women of their era.

Lady Sibell Mackenzie is a spiritualist, a believer in reincarnation, and a popular author of mystical romances. Petite and proper, she values tradition and duty. Her younger sister Lady Constance, swimming champion and big game hunter, is a statuesque beauty who scandalizes British society with her public displays of Greek-style barefoot dancing. The differences between the sisters escalate into conflict after Sibell inherits their late father's vast estates and the title 3rd Countess of Cromartie. But it is the birth of Sibell's daughter that sets in motion a series of bizarre and tragic events, pitting sister against sister and propelling Sibell on a desperate mission to challenge the power of fate.

Sisters of Castle Leod, by award-winning author Elizabeth Hutchison Bernard, is the emotionally charged story of two sisters torn apart by jealousy and superstition, and the impossible leap of faith that could finally bring them together.
My Review: Sisters of Castle Leod tells the story of Lady Sibell MacKenzie and her sister, Lady Constance Stewart-Richardson. Upon her father’s death, Sibell inherited the title of Countess of Cromartie. She was a spiritualist and a heavy believer in reincarnation. She also wrote many mystical romances. Her younger sister became a famous dancer that shocked the British public. After the birth of Lady Sibell’s daughter, the two sisters became engaged in a bitter rivalry. Would the two sisters remain enemies or would they finally reconcile?
Sisters of Castle Leod is narrated from Lady Sibell’s perspective. Therefore, I liked Sibell more and found Constance very irritating. Lady Sibell is dutiful and adheres to the rules of the nobility. She is generally more pragmatic when it comes to dealing with the nobility. She originally did not want to inherit the title of Countess of Cromartie, but tried her best to live up to the title. Lady Sibell also struggled with depression, and I felt sorry for her. She had always been fascinated by the paranormal as a child which shaped her beliefs in spiritualism.
As for Constance Stewart-Richardson, I found her hard to like. I think that she was not developed well and stayed the same throughout the novel. She was very selfish and spoiled. She never seemed satisfied with her life. Even though she proved to be an annoying character, her story was very fascinating. She lived a very scandalous life and was often rebellious against society. I could see why she was gossiped about among the nobility.
Overall, this novel was about sisterhood, choices, and spiritualism. Most of the characters were very one-dimensional. There were also some slow scenes in the novel. Despite these flaws, it was still an engrossing read on two sisters of whom I knew nothing about. Sisters of Castle Leod read like a juicy soap opera. The writing was very lyrical and it felt as if I was walking alongside Lady Sibell throughout the novel. This novel was meticulously researched. I recommend this for those that love reading about the British aristocracy and for fans of A Dress of Violet Taffeta, The It Girls, and Cavendon Hall! Sisters of Castle Leod is a stunning tribute to two sisters who were much renowned in their day but became forgotten over time. Hopefully, there will be more novels on these sisters in the future.
Rating: 4 out of 5 stars

"Heartbreaking and redemptive...a thoroughly engrossing story that will have readers quickly turning the pages." -Megan Chance, bestselling author of A Splendid Ruin

"This expertly written novel is a beautiful example of how historical facts can be researched and transformed into a work of art. To say this novel was difficult to put down would be an understatement. From the first page, I knew this would become one of my favorite historical novels." -Sublime Book Reviews

"A magical, mystical, mesmerizing tale of two real-life noble sisters of Castle Leod, caught up in shocking passions that cast them in opposition, yet desperate for reconciliation." -Rebecca Rosenberg, triple-gold seed-winning novelist of Champagne Widows

"With shocking revelations and twists throughout the book, the reader is never sure what each new chapter will bring. Overall, with an excellent plot and character development, this book is awe-inspiring." -Pacific Book Review

"Whilst the historical element of this novel can easily be compared to some of the great historical novelists, like Sharon Kay Penman, the ghostly apparitions and contact with the spirit world add an original view of a woman who was, in so many ways, ahead of her time." -Readers' Favorite

"The stage is set for sibling rivalry [in this] grand novel about two fascinating sisters of the Scottish Highlands at the turn of the 20th century." -Sheila Myers, author of The Truth of Who You Are

"...a carefully researched historical novel with a touch of the supernatural." -Gail Ward Olmsted, author of Landscape of a Marriage: Central Park Was Only the Beginning 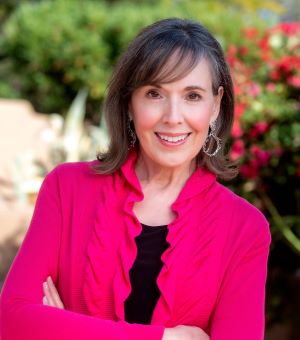 Elizabeth Hutchison Bernard is the author of two Amazon bestsellers: THE BEAUTY DOCTOR, a compelling historical novel steeped in mystery with strong elements of a medical thriller (Readers' Favorite), and TEMPTATION RAG: A NOVEL, a resonant novel ... about the birth and demise of ragtime ... luxuriously crafted (Publishers Weekly). Her books have been finalists for the Eric Hoffer Book Award and National Indie Excellence Awards, received a gold medallion from Book Readers Appreciation Group, and been named a historical fiction Discovered Diamond.

Elizabeth and her family live near Phoenix, Arizona.

Enter to win a paperback copy of Sisters of Castle Leod by Elizabeth Hutchison Bernard!

The giveaway is open to the US only and ends on February 3rd. You must be 18 or older to enter.