I am thrilled to be hosting a spot on the FEATHER AND FLAME by Livia Blackburne Blog Tour hosted by Rockstar Book Tours. Check out my post and make sure to enter the giveaway! 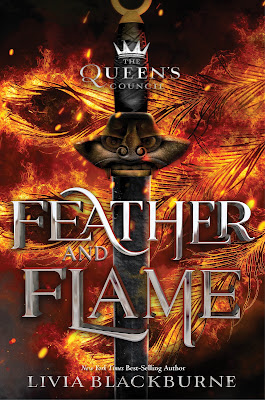 Source: This book is given to me by Rockstar Book Tours in exchange for an honest review.
Synopsis: She brought honor on the battlefield. Now comes a new kind of war...
The war is over. Now a renowned hero, Mulan spends her days in her home village, training a militia of female warriors. The peace is a welcome one, and she knows it must be protected.
When Shang arrives with an invitation to the Imperial City, Mulan’s relatively peaceful life is upended once more. The aging emperor decrees that Mulan will be his heir to the throne. Such unimagined power and responsibility terrifies her, but who can say no to the Emperor?
As Mulan ascends into the halls of power, it becomes clear that not everyone is on her side. Her ministers undermine her, and the Huns sense a weakness in the throne. When hints of treachery appear even amongst those she considers friends, Mulan has no idea whom she can trust.
But the Queen’s Council helps Mulan uncover her true destiny. With renewed strength and the wisdom of those that came before her, Mulan will own her power, save her country, and prove once again that, crown or helmet, she was always meant to lead. This fierce reimagining of the girl who became a warrior blends fairy-tale lore and real history with a Disney twist.

“Vivid and gripping, Feather and Flame richly blends Chinese history, folklore, and magic to tell the next chapter of Mulan’s epic story. With elegant prose and meticulous attention to detail, Blackburne weaves a tale of strength and sacrifice that will enchant readers.”—Emma Theriault, author of Rebel Rose 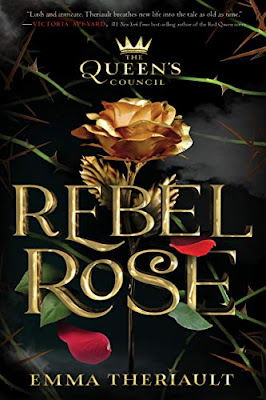 Feather and Flame is the sequel to Disney’s Mulan set in ancient China. Mulan has returned home from the war and is training a troop of female warriors. The emperor summons her to the palace. The emperor tells her that he has no heirs, and since Mulan once saved China, he wants her to be his heir. Mulan is hesitant about becoming the next Empress of China. However, she is loyal to the emperor and agrees. As she prepares for her new role, she is confronted with Huns threatening to invade the country, scheming ministers, and sacrificing her love for General Shang. Could Mulan find solutions to these difficulties and become the empress she was meant to be?

Mulan is one of my favorite childhood movies. I was interested in this sequel to see what lies in store, and I was not disappointed! Mulan is still a tough warrior. She questions the role of her responsibility as the next Empress of China and wonders whether she will be a good ruler. However, her devotion to her country matters the most of all and she struggles with her insecurity. In the end, she becomes the confident ruler she was meant to be. She believes that love and duty can co-exist. Because of this belief, she is determined to get what she wants. I really loved Mulan because she was a relatable heroine. I admired her strength, intelligence, and tenacity. She was not only a strong warrior but a leader. Thus, I loved seeing her in a leadership role because I felt that is where she belonged.

Overall, this novel is about responsibility, loyalty, and confidence. I found all the characters to be very realistic. However, I was disappointed that Mulan’s friends from the movie did not appear in this book. Nevertheless, Feather and Flame is an enthralling fast-paced novel filled with action, court intrigue, and romance! The writing is very beautiful with vivid descriptions of ancient China! I recommend this for fans of Bound, Silver Phoenix, and The Magnolia Sword! Feather and Flame is a novel that you do not want to miss if you love the Mulan legend! 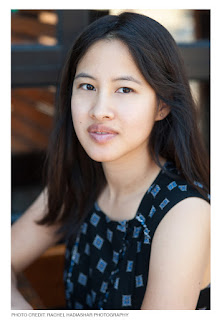 Livia Blackburne is a New York Times bestselling author who wrote her first novel while researching the neuroscience of reading at the Massachusetts Institute of Technology. Since then, she’s switched to full time writing, which also involves getting into people’s heads but without the help of a three tesla MRI scanner. She is the author of the Midnight Thief, and Rosemarked series, as well as the picture book I Dream of Popo.

1 winner will win a finished copy of FEATHER AND FLAME, US Only.